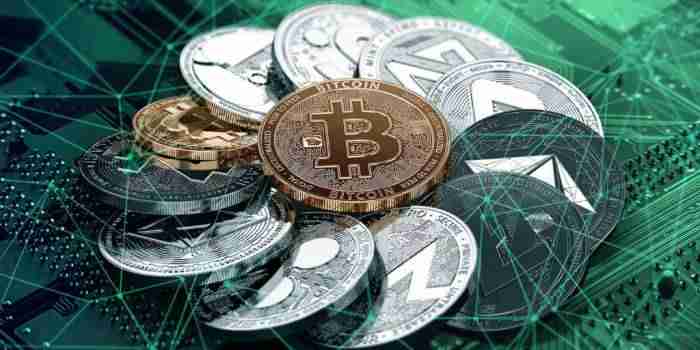 A-Z of Cryptocurrency. Cryptocurrency is here to stay and the most pronounced of it is Bitcoin. So here is the 101 glossary of cryptocurrencies la lingua listed in alphabetical order.

Learning the language and terms around cryptocurrency will enable you to grasp the fundamentals of the new currency.

Altcoin
A cryptocurrency that is not Bitcoin. There are thousands of altcoins with varying values and use cases.

Arbitrage
The simultaneous buying and selling of securities, currency, or commodities in different market regions to take advantage of differing prices for the same asset.

Bitcoin
The first cryptocurrency built on a blockchain and capped at 21 million units. It was created by Satoshi Nakamoto in 2009, and Bitcoin has come to be known as the original cryptocurrency.

Bitcoin Cash
A cryptocurrency, which hard-forked from Bitcoin on 1 August 2017, with bigger block size, intended to let miners process more transactions per block.

Blockchain
A decentralised network that records transactions, much like a traditional ledger. These transactions can be any movement of currency, goods or secure data.

Blocks
Contain transactional information. Blocks can be thought of as the pages of a ledger.

Block reward
The new coins issued to miners when they have successfully mined a block of transactions on the Bitcoin (or any other cryptocurrency) network.

Bubble
When the price of an asset becomes inflated and exceeds the true value of that asset. When a bubble “pops” prices fall drastically.

Cold storage
A wallet that is kept offline. This is a security measure to prevent unauthorised access.

Cryptocurrency
Any digital currency that uses cryptography to validate and secure transactions.

Cryptography
The practice and study of techniques for secure communication in the presence of third parties called adversaries. In the context of cryptocurrency, cryptography validates and secures transaction information.

Decentralised
A governance protocol, characterised by distributing control and authority amongst all participants. Bitcoin is decentralised because many different miners secure the network. As opposed to a centralised network, like banking, where one authority such as the central bank makes decisions.

Difficulty
The amount of effort needed to mine blocks. Different cryptocurrencies implement different methods of adjusting the difficulty. In Bitcoin, the mining difficulty adjusts approximately every two weeks to ensure that changes in the number of miners processing transactions don’t drastically increase the rate new Bitcoin is issued into circulation.

Ethereum
Created by Vitalik Buterin, Ethereum is a distributed computing platform, a blockchain built to process transactions and other information, such as smart contracts. See our Learning Portal series about Ethereum.

Exchange
A place where buyers and sellers meet to buy and sell an asset, like Bitcoin, shares or derivatives.

Hardware wallet
An alternative to your normal cryptocurrency wallet, this is a dedicated physical device in which private keys are stored (usually offline for extra security).

Hash rate
The hash rate measures how powerful a (Bitcoin) miner’s machine is. Specifically, it measures the number of times a hash function can be computed per second. A miner’s expected profit is directly proportional to the hash rate. Hash rate is also used to measure how much computer power is securing a specific blockchain.

Hold
This means to hold (i.e. not sell) your Bitcoin. The term became popular in 2010 when a typo in a Bitcoin forum went viral. The typo was retrofitted as an acronym for “Hold on for dear life”.

ICO / token sale
Initial coin offering (or ICO) is the sale of tokens on a blockchain before they are issued. The public can pay for these tokens in an ICO and they are issued to participants later.

Ledger
A record of transactions.

Limit order
An order placed by specifying both the amount and price at which you wish to trade. Depending on the price specified, the limit order might trade immediately against existing orders in the order book (in that case it is a taker order), or it might itself be inserted into the orderbook waiting for other orders to trade against it (in that case it is a maker order).

Market order
An order placed by only specifying the amount you wish to trade. The order executes immediately at the best available rate in the market. In other words, the market order matches with existing orders waiting in the orderbook. A market order is always a taker order.

Mining
The committing of computer hardware to process transactions on a blockchain (Bitcoin or otherwise). Miners do this to receive mining rewards and profit.

Miner fee
Miners earn block rewards when solving blocks. Over and above this miners also earn voluntary fees paid by people who wish to send coins. This incentivises miners to include transactions with the highest fees into blocks when the network is congested.

Multi-signature / multisig
In wallets, multiple signatures (or MultiSig) refers to the requirement of multiple authorisations (usually from different people) to successfully send a transaction on a blockchain. For example, you have 5 people authorised to send Bitcoin from a MultiSig wallet but at least 3 of these 5 must approve a transaction before it is authorised.

Node
A device with a copy of the blockchain on it that shares information with other nodes across the network. The node does not necessarily mine cryptocurrency but it does contribute to decentralisation and therefore security of the blockchain. All miners are nodes but not all nodes are miners.

Order
An instruction to trade (buy or sell) via an exchange (e.g. the stock market). More specifically, we exchange Bitcoin for local currencies, as on the Luno Exchange.

Private key
A private key is a digital code, like a password, that is used to authorise cryptocurrency transactions on a blockchain. This code, which should be kept secret, authorises the owner to send coins from a specific wallet.

Public key
A public key is a digital code that uniquely identifies a wallet on a blockchain; ie. the wallet address. This is the address you give to somebody who wants to send you cryptocurrency.

Reward halving
Approximately every four years, the rate at which new Bitcoin gets issued is halved. This is also why Bitcoin is thought of as deflationary.

Satoshi
Person – Satoshi Nakamoto is the person credited with inventing Bitcoin. It’s a pseudonym. The identity of the inventor of Bitcoin is unknown.
Unit – A satoshi is also the smallest unit into which a Bitcoin is divisible. 1 Satoshi = 0.00000001 Bitcoin.

Taker order
This is either a buy order at/above the market price or a sell order at/below the market price. This order executes immediately, without waiting in the order book. Because it matches with maker order and takes them out of the market, it is said to be a ‘taker’ order.

Token
Generally, a token is a cryptocurrency that is not backed by its own blockchain, and instead is provided by functionality of another currency’s blockchain. For example, ERC20 tokens provided by smart contracts on the Ethereum blockchain.

Two-factor authentication
Sometimes referred to as “2FA”. An extra layer of security, usually in addition to a password. Two-factor typically uses a second device (e.g your mobile phone) to provide an extra once-off code. Both your usual password and this unique code are needed to authorise sign-in access or a transaction.

Wallet
Software with which you send and receive cryptocurrency. Remember, the coins are stored on the blockchain. The wallet contains the private keys that authorise the owner to send these coins to another wallet. 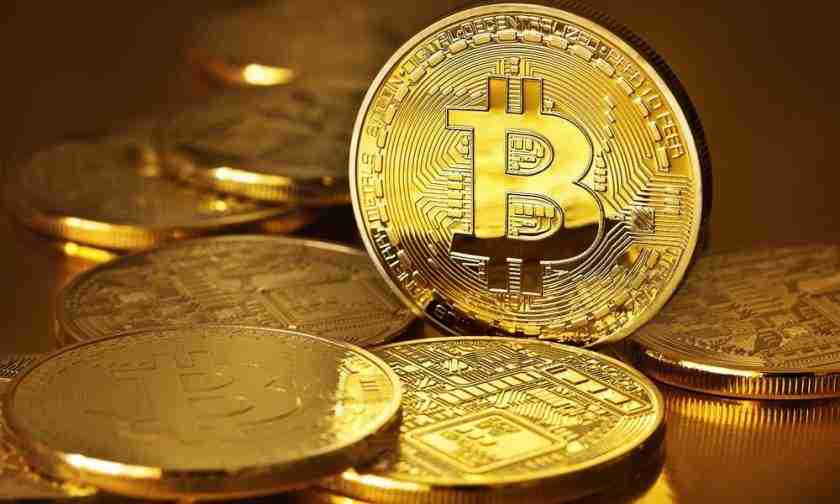 What is Bitcoin where is it found, has bitcoin got a future 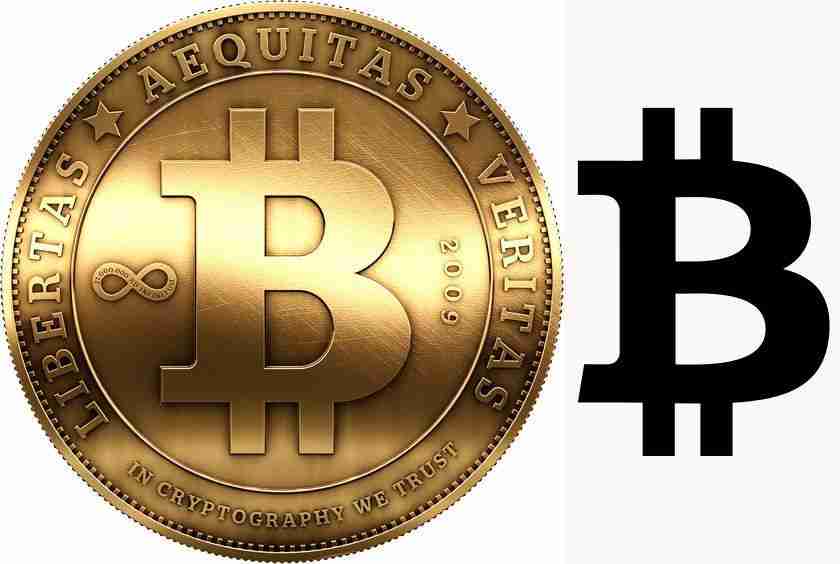 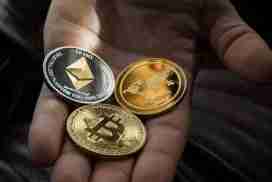 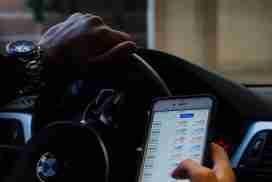 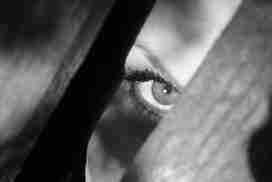 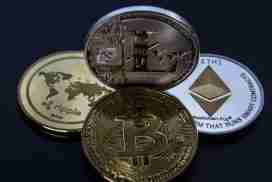 Can I Use Cryptocurrencies in Zambia?

These Facts Simply May Get You To vary Your How Much Do Indian Tribes Make From. 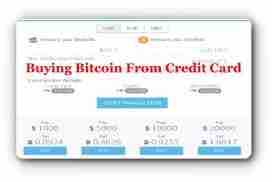 How To Buy Bitcoin From Credit Card In Zambia 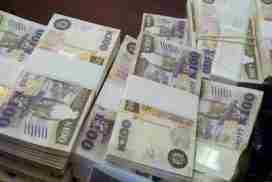 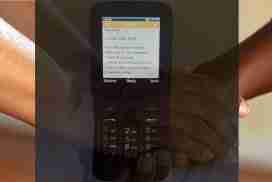 Top Options To Traditional Scratch Cards – Play Them And See 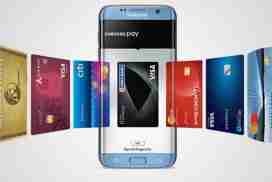 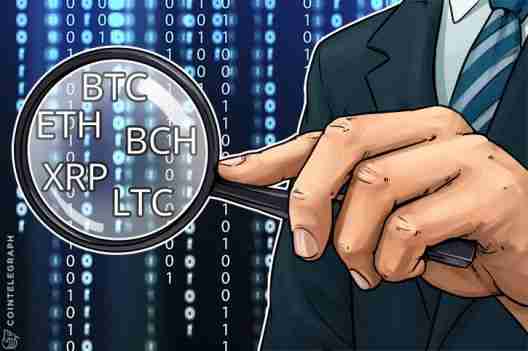