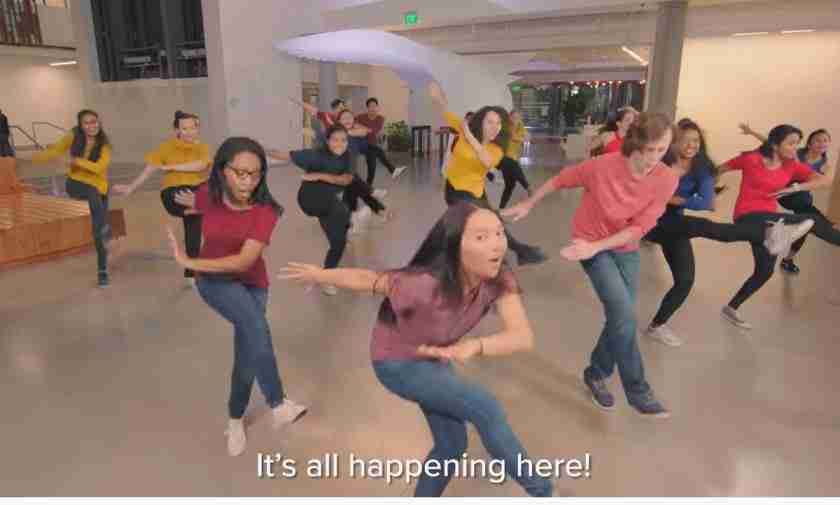 “All around the world, our products are well known. Except for when we tried to make a phone” the interns sing in the latest Microsoft the Musical the catchiest tech musical you will ever hear.

It’s a Microsoft coffee break you thought you will never hear. The short musical gives you a 10-minute break from all this hack tech and entertainment piece to deliver a fresher fortuity.

Running in its theme is work must be inclusive with learning and hobby to have more happy and productive developers, employees and associates. Albeit Google knows this well when it encourages employees to have 20% side projects.

Windows is the bet on which this company was made
And everything else followed from the dividends it paid
We missed a beat with Vista but we’d be remiss to list a set o’
Systems that assist the world without our name displayed!
We modernized the office and we admit we do it well”

The creative musical entertainment for the giant technology company comprised of 150 interns and employees who went in on mornings, weekends, and nights to create this outside their daily job.

The application would be enabled to use sound and video to deliver an entertaining rich content pc experience. It was the best of tech entertainment.

First appearing from 1993 these applications were designed to bring multimedia to Microsoft Windows and Macintosh personal computers. And somewhere in 1997, I laid hands on a VCD and there went forth my further appreciation to classical music

24 years later some Microsoft interns and employees not only go to learn and work but entertain with Microsoft the Musical.

While remaining entertaining the interns deliver a simple but efficient and effective message about the journey Microsoft has taken beginning with Bill Gates as an idea.

Microsoft the Musical” was dreamt up and led by interns spending the summer of 2019 at Microsoft. This Tony Awards-style musical theater opening number is just one of many passion projects that came to life because we were encouraged to bring our whole selves to work.

But instead he sought to differ from those stifling narrow straits
He then became a household name in all the 50 states
His rise to fame was so ordained; now written by the fates
He changed the world forever and his name?

Materials for Tomorrow Graphene and Its Future

Microsoft Kaizala Pro To Be Included To Office 365 Service

Are IT Managers in Zambia ready for work from home