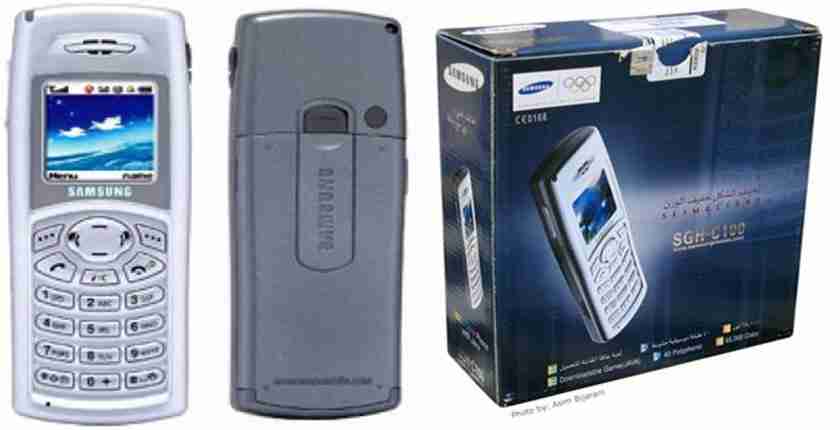 Samsung SGH-C100 was released in 2002 by Samsung Electronics. It was a beast at its time but it was the design and polyphonic feature that drew me to cash out a 1,000,000 Zambian Kwacha then. It was a fabulous GSM handset so light and cute and amazing with no camera nor Bluetooth.

The mobile phones where early in their days and features most desired at the time was the size, clarity of the voice call and the SMS feature. I was riding on Nokia 3310 that saw me early 2004 upgrade to Nokia 3330 which had a stronger battery life instead of the newly released Nokia 1100

But then the recently turned Zamcell beore it was Celtel neither Zain nor Airtel marketed some handsets that included Nokia 1100 and several other handsets. But it was the bombshell Samsung SGH – C100 that was a dream true. The sleek design and silver in color made more appeal to me. Given the polyphonic ringtone attitude of the phone it was a done deal.

From that time i have gone through several devices that include Nokia that had some psychedelic lights on the sides. An LG flip phone i have forgotten its name but took nice photos. A Samsung C300 and somany others.

From Symbian, Bada experiences i was introduced to android with ZTE Blade phone that opened up a whole lot of the world of smartphone. From then on its been a galaxy adventures, iOS universe and Blackberry OS. Both the smartphones and tablets have all had their say.

Galaxy S10 Plus Specs and Pricing In Zambia

Samsung Galaxy S20 the phone that will change photography

What is MTN Prestige Bundles

Nokia 8110 Reloaded – A simple 4G Phone for Everyone

My Samsung phone just updated to One UI 2.5