Zamtel Connect is an android app used on smartphones in Zambia by Zamtel subscribers and users. It is a one stop shop to access all Zamtel products and services. The application was developed by Zamtel Developers and was released on 25th April 2018.

For the app to work you must have an android smartphone, data connection and access to Google Play for the application  installation.

Despite that the app does not work unless you have a Zamtel Sim card in your mobile phone it already has had more than a thousand download within two month of its release.

However when i attempted to run the app on my android phone it appears the app had issues and failed to send me the verification code. It appears the Zamtel Connect app is buggy and was not fully tested before launch. 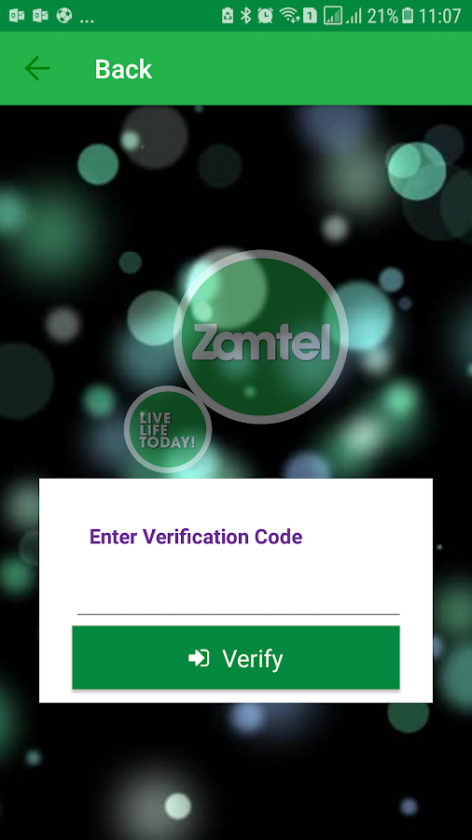 I made several attempts to get the verification code from Zamtel Connect App.

How has been your experience of the Zamtel Connect? If you have not installed it yet here is the link to Google Play for installation.

Zamtel Partners with Topstar to allow subscribers to pay through Kwacha